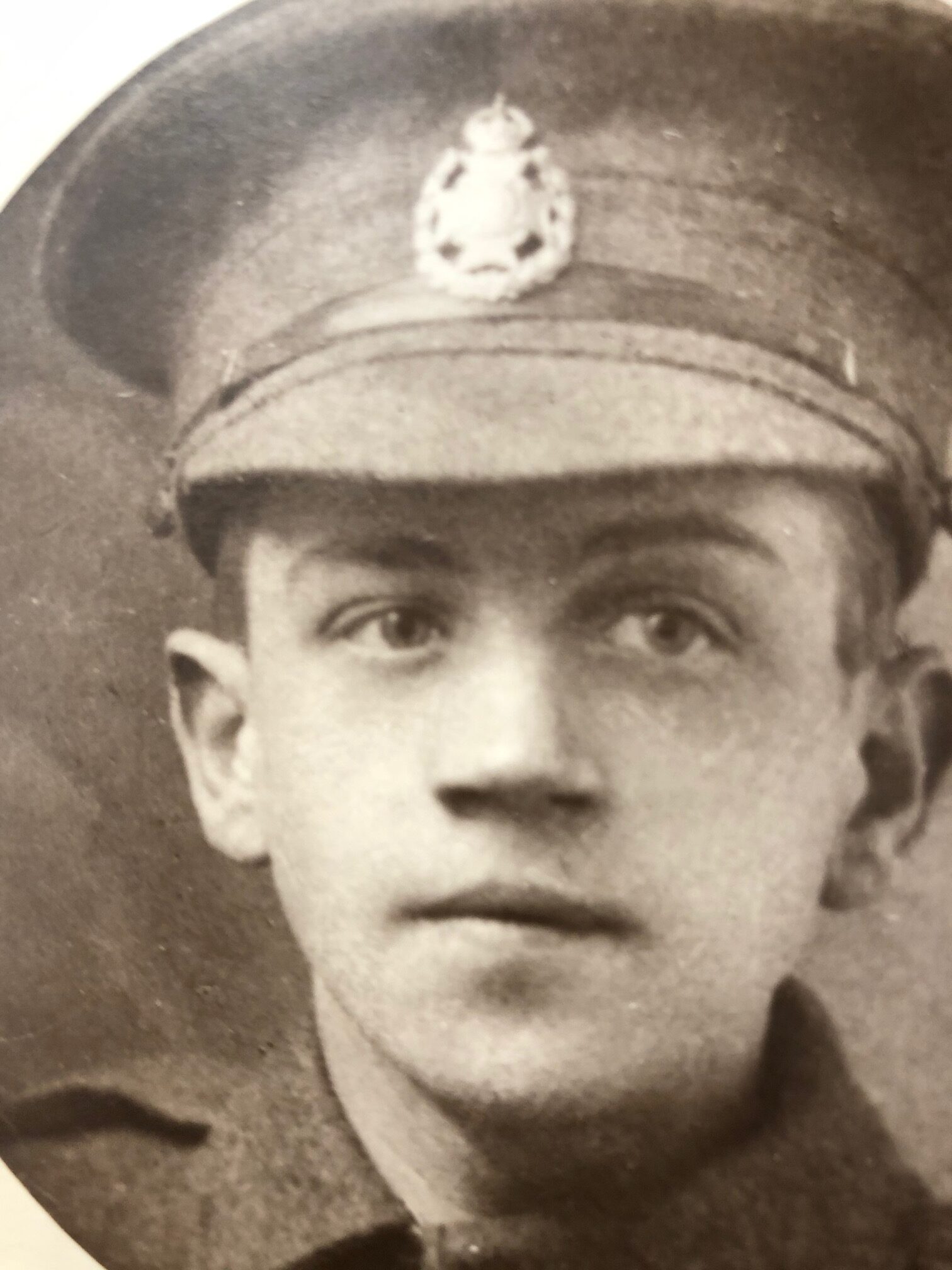 This time, several steps back in time. Not sure what the main subjects of this post would have made of it…

I came across some family photos yesterday. The ones that really caught my attention were those of a couple of my uncles. Uncle Dave and Uncle Alf. Memories of their war exploits.

I was impressed by their quiet confidence, the feeling of duty being done that shone from the pages of the photo albums. The clear pictures, the whiff of invulnerability as they got ready to do their bit. Not in the Falklands, not at Dunkirk.

In the trenches of France, where Uncle Alf died on 8th October 1918.

Uncle Dave survived the First World War, he was way too old to serve in the Second World War, and died at a ripe and comfortable old age in the late 1970s in a two-up, two-down in North West London, Ford Cortinas and Rovers clanking past on the street splashing water over pedestrians’ flares.

Weird how that sort of thing can hit you when idling through family stuff, but it occurs to me that there aren’t many people around whose uncles fought in the First World War.

My dad was getting on a bit to serve in the Second World War; I arrived in the world when he was 52.

Alf was a rifleman in the London Regiment (Queen’s Westminster Rifles), number 555636, his death – a tantalingly short time before the end of the war – is commemorated at the Terlincthun British Cemetery (Wimille), in the Pas de Calais, France, these pictures are all that I have found.

I believe that Dave was a batman to an officer. So much better if he’d been Uncle Bruce, but never mind.

He has the bandoleer and what looks like a tam o’shanter at the bottom left in the picture below.

I believe this is him again, in a formal photo pose, polished and gleaming in front of a no doubt painted backdrop of an idyllic garden scene:

It is at times like that that I wish I had sat my parents down with their old albums and marched them through the pictures to capture their fleeting memories and stories of past lives before they were no longer around and the stories retreated further away.

My reproduction of these pictures is my homage to all that, and a window back in time to a very different place.

I hope these pictures and these reflections stir some memories for you.