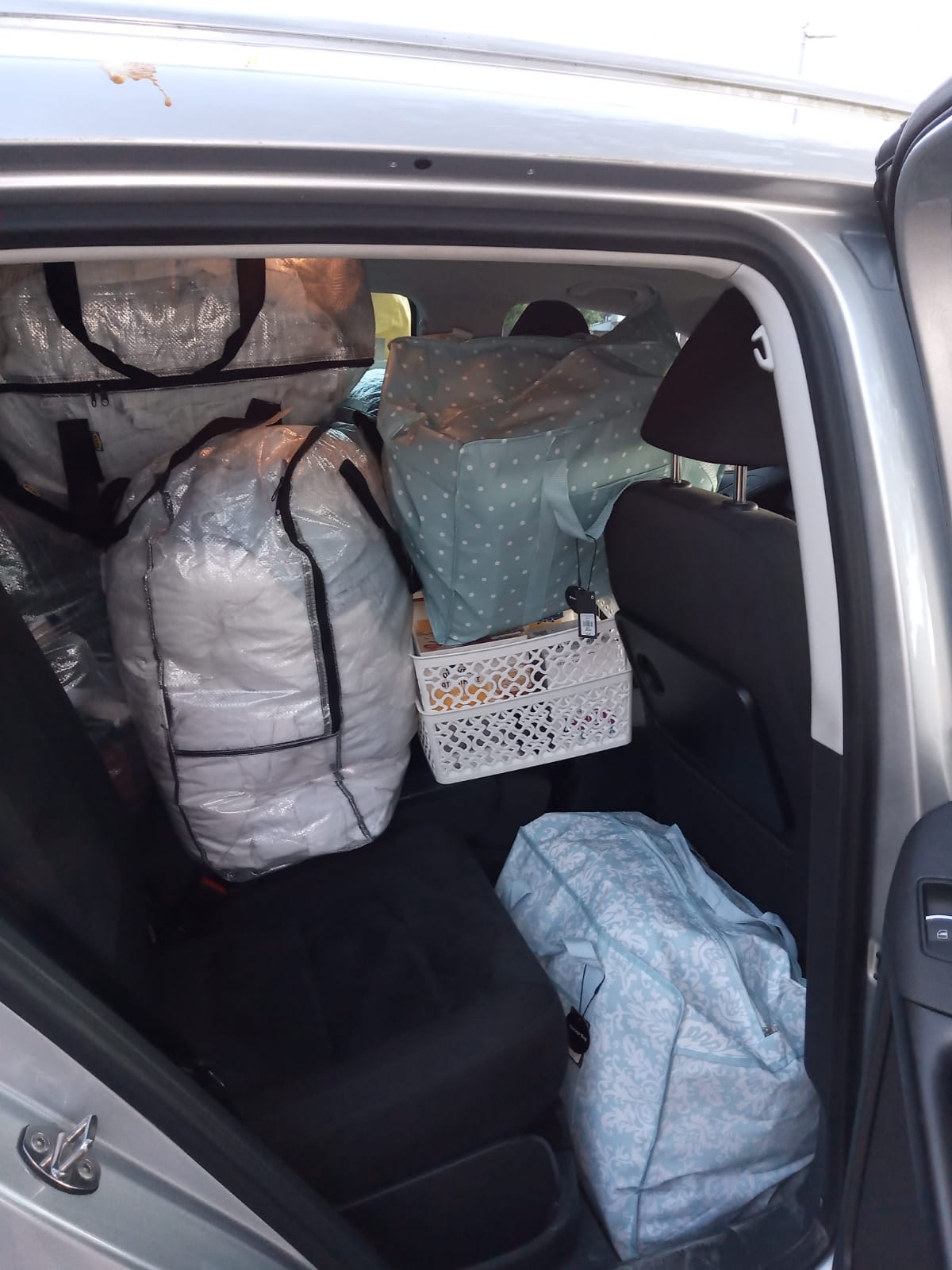 This time, a university sing-along…

I have news of an exciting scientific discovery. One of our Offspring has been identified as the next evolutionary step in Mankind’s journey, a fusion of Human and Womble to tackle all challenges that beset us.

Out of the product of the dry ice machine and the grinding, doom-laden industrial music (and some Taylor Swift): Something Emerged into the light (at around 11 am as usual) from behind a hillock of crockery and cutlery in its Nesting Place. A hillock tall enough to warrant investigation by the Ordinance Survey guys as a separate landscape feature.

Something that rocked our world.

What has been classified in the scientific community under the Taxonomy (nothing to do with stuffing badgers) Hierarchy as:

A creature that creates chaos in a 500 metre radius by the sheer focus of its awesome will.

Wearing a patched set of black bags and a necklace of used vodka bottles and glitter.

The Offspring came into the light and was fed pancakes before we shipped her back to the bosom of her Uni house now that the snacks box had been decimated and the vodka oceans drained at our Ground Zero.

The dark cloud of the Anti-Womble advanced on Uni in her Mini One – a vehicle of desolation and eight-months-old empty crisp packets – to re-colonise her Uni House, a site rich with uncovered areas of floor and rug ready to be bent again to the will of the Anti-Womble, harnessing the power and restlessness of a loaf of bread that had been lurking with intent in the dread bin for four months.

Emergency services have been alerted on campus in case there is a security breach where the Anti-Womble manifests in a lecture theatre to scatter around surrounding desks an empty Costa cup holder, cup and related detritus. Fear stalks Uni land.

And then, as with the best horror movies, there is a stirring in our attic, a sting in the tale.

There is another one, dragging itself from under the duvet.

Ready to strike, with still a week and a half left until Bin Day or, as it is known in our house…

Great to see a glimmer of the real world with that Delivery and the restriction changes.