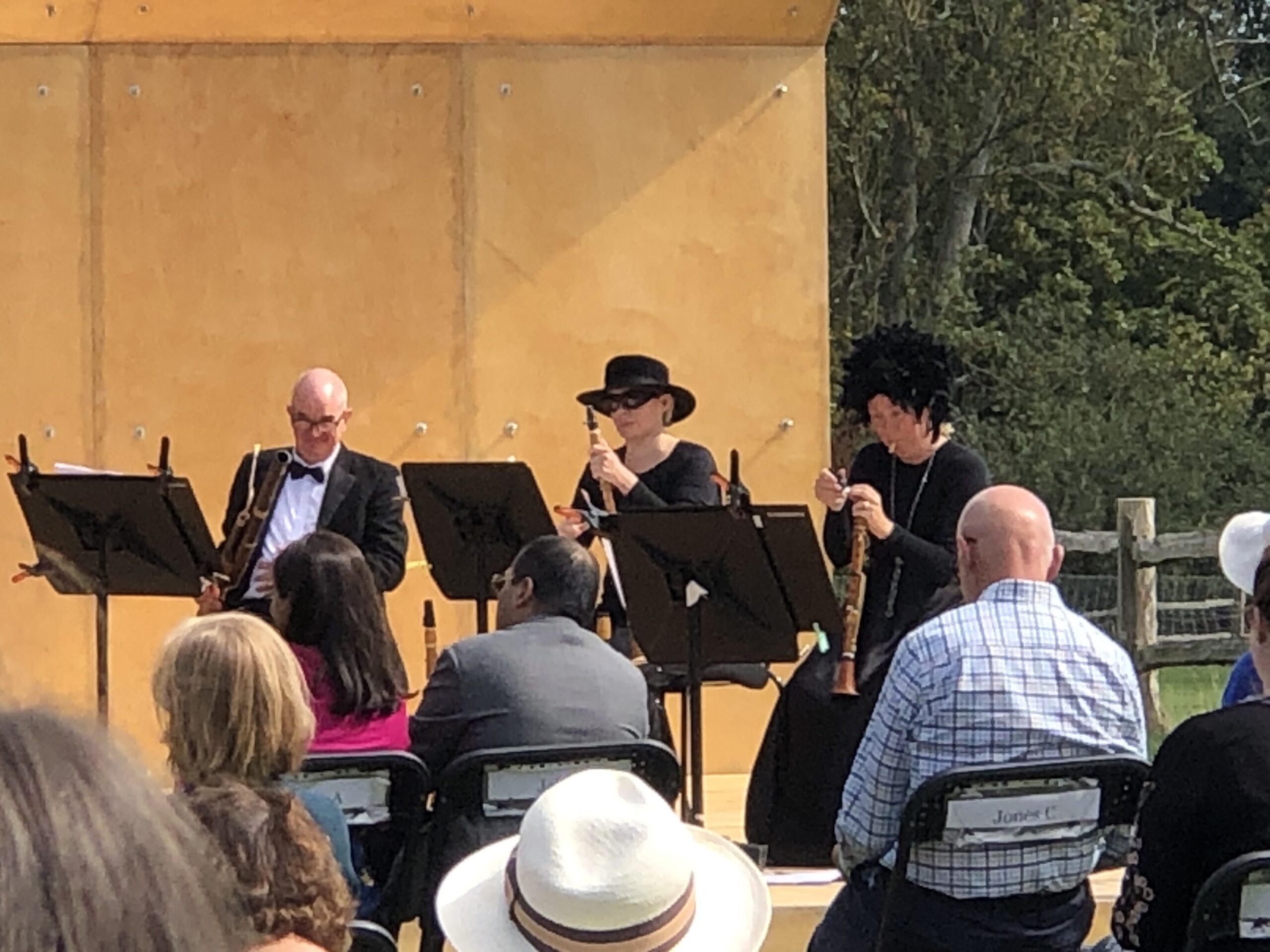 Putting the band back together

Published by Alan Camrose on 9 September 2020

We drove down to the South Coast at the weekend for a concert. The last time was for Mark Knopfler, this time it was for the Orchestra of the Age of Enlightenment.

Glyndebourne, not the Brighton Centre. A stretch for the coast, I’ll grant you. An afternoon of sitting in the gardens, eating a picnic, drinking mocktails and listening to classical music in a COVID-secure way. Not far off normal life (I’m not referring to the mocktails as the aberrration), but with the new-normal tweaks of a one-way system around the premises, two metres between each pod of audience members and far enough away from the end of the woodwind instruments to settle the nerves. No need for black tie since it was an afternoon concert; awkward for the token wearer but he seemed fine with it.

And to the orchestra. A palpable feeling that the band was back together, that they had been let out to play and would have lashings of ginger beer later and party games. Sheer relief at being able to sit in front of a crowd of people again albeit some the size of a Twitter thumbnail in their line of sight.

A tight eight-piece band with periodic light aircraft accompaniment. It was like the Buena Vista Social Club with a bassoon. Their black suits, a couple of them in black hats, white shirts for the men, it was like an audition in the grounds for the next Blues Brothers film:

“It’s 49 miles to Glyndebourne, we’ve got a full tank of gas, half a pack of cigarettes and some clarinets. It’s dark and we’re wearing sun glasses. Hit it!”

For me, the music proved to be a mixed bag, Beethoven’s go at an opera – Fidelio – plus some crowd-pleasing Mozart, and some Jonathan Dove (the mixed bag). Short pieces, like flash fiction: a conversation, a Countess interrupting an argument, dancing in the dark (not Springsteen). Seven pieces inspired by the Glyndebourne gardens, with – I very much liked the image – the inspiration of Mozart rippling through the trees into the music. A faintly jazz-like feel to some of the pieces, a sketchy slightly repetitive feel to the rest. Overall, a brilliant way to spend some time, COVID or not.

Why in particular? The relief in the orchestra was mirrored by the joy in the audience. My feeling is that they could have played Mahna, Mahna by the Muppets and we would all have felt great and applauded loudly; sadly, Animal wasn’t there on his crazy drum kit. We were determined that it would be great, and happily it was. The rustling of the trees in the breeze and the twittering of nearby birds beautifully complemented the music and the feeling of being OUT. Something that was not a compromise, something that we wanted to do, something that looks like we’d wandered into another drive-in by mistake. Not that last bit.

A festival without the mud and with a selection of cheeses. We all need to find those moments of escape, however they come packaged.