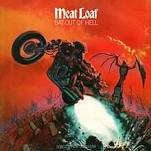 This time, getting to the heart of six-word stories and the Bet Out Of Hell…

Ernest Hemingway, one lunchtime with friends, reputedly took on the seemingly crazy challenge of paring down his already wafer-thin prose to a six word story, no more, no less.

My slightly longer than six words story goes that he made that bet at a lunch, possibly in The Algonquin hotel in New York.

He famously wrote it on a napkin.

He collected his winnings while his companions gladly paid up, knowing that something extraordinary had just happened. I cannot help thinking that, if this is indeed how it happened, there’s a faint whiff of him setting up his literary friends with something pre-prepared, possibly to fund his next dozen or so daiquiris at the Floridita bar in Havana.

Whether the bet took place, where it took place or anything else about it has become a matter of legend. Urban legend in this case. If it were in New York, that is one of the most urban settings imaginable.

In many respects it matters not whether the concept fought its way into the world on that day – whatever day it was – or whether it was a confidence trick on the part of Hemingway or a wily agent to highlight and publicise his Spartan writing method. Whether it was effectively copied or adapted from earlier newspaper stories or word-games does not matter either.
It is one of those stories, fictional or otherwise, that I want to be true, not to be taken away from me. Comfort can be taken from the fact that the six words differ from the earlier apparent sources and the least of it is that Hemingway perfected the form.

It is a clean and brutal format.

The Hemingway baby shoes story sets the scene, homes in and then tears your heart. The baby shoes on offer have never been worn. A clear and dramatic pointer to ultimate tragedy.
Interestingly, if the shoes had been a boy’s shoes and the expectant parents had, by a twist of fate, welcomed a daughter into the world, then the same words would have simply described a correction of an unfortunate mistake; there would have been no drama, simply the acquisition of pink shoes with the proceeds to replace the blue. No tragedy. More importantly, no story to speak of.

We are made complicit in accepting the presence of tragedy to ensure that the dramatic weight of the piece crashes home. In those syllables, some collaboration is required between Hemingway and the reader to arrive where he wanted to be.

With all of this in mind, I decided to have a go at creating some more of these fiendishly awkward one-liners. The rules are quite simple, unchanged over the decades:

Six words. No more. No less.

I have found a sense of poetry, seriousness and playfulness in this form of story which I hope you will share with me in my stories in Part Four.